My Facebook feed is flooded with politics, the Sabah earthquake with Tok Jib gone to Abu Dhabi to eat dates, Jus Ratu Kendur or Ke-tat, homebirth, antivax, Raya collections, Syed Azmi’s anecdotes.. and what not. Amidst all that, I still have people talking about Financial Freedom and associate it with the benefits of being a Stay at Home Moms.With so called friends slamming ‘islamic quotes’ in peoples faces saying women belong at home. Honestly, I don’t think we should be debating about this any more – stop with the Working MOM vs SAHM thing. We should also stop talking on national radio about which gender is the better driver.

Things have been very negative lately. The only time I get this feel-good feeling is when I watch heartwarming movies like Spare Parts(film 2015) – where a group of underprivileged teenagers from fishy family backgrounds decide to come together and create a project so amazing I don’t think I could make myself. They not only create a machine, they took a step further to compete and as you might have guessed – they won! Or something like The Pursuit of Happiness where viewers cry out of joy instead of despair.

It’s like I have to actively seek for positive vibes or perform goodness on a regular basis to actually experience that warm fuzzy feeling in myself. Hence it is nice to have polite patients once in a while who takes me as a doctor instead of another colleague who happened to look ‘older’. Or considerate colleagues who asked ‘have you eaten/solat?‘ Or a dear husband who decides to give a back rub in the early morning after a terrible night shift.

I know I just came back from my trip to Kuching. Which reminds me that I have that to write up on – and now I am itching for another getaway with my little family. Hmmm.. Langkawi? Japan? 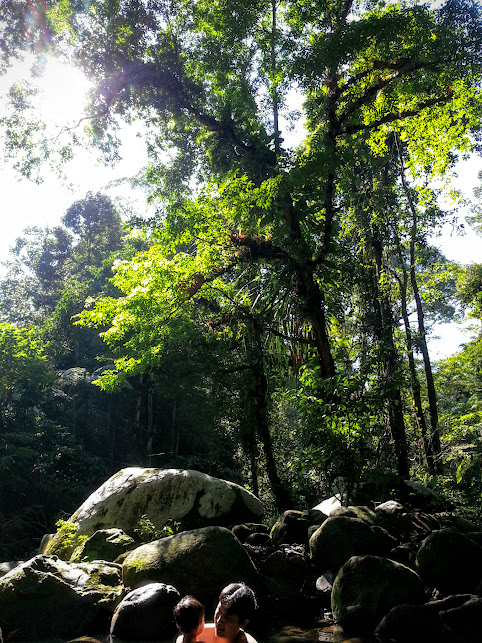