We tried sightseeing to as many places as we could in Macao. Indeed, this place is fairly easy to navigate especially with its reliable cab services. Here are some of the places we went to.

Senado Square is very pretty at night. It is a public place (pedestrian-zoned) with tourists shops in between the historically designed buildings. We found the Turkish ice cream place around the corners and came to discover that the owner used to sell the kebab we were looking for based on what we read from blogs. Only, he does not sell them anymore.

The Ruins of St Pauls had whats left was this stone facade with 68 steps leading up to it. The structure has carvings of Jesuit images that has an oriental theme to it which may be of interest to some visitors.

Fortaleza do Monte is the historical military centre in Macao. It was initially built to keep of pirates but was later taken over by the Portugese. Ee was very excited to see the cannons and boy it was one heck of a climb to the top of the fort. I perspired like crazy.

Matteo Ricci : The European scholar who mastered the Chinese script and Classical Chinese

It’s like a theme park but maybe we picked the wrong time of the day to go there. Too early in the day? It has hotels, casinos, many interesting East meets West architecture and restaurants. Perhaps a visit to this place later at night would be more colourful as it was a bit too quiet during the day. Furthermore, we didn’t really have an idea of what to do there apart from taking pictures and enjoying the sea-nery.

This place reminded me of Petrosains Kuala Lumpur. However, because some of the science stuff uses chinese as its communication language – we find it quite difficult to enjoy certain things. Ee got bored.  Even then, my favourite section was the Biomimicry area. It showcases how modern human technology draws inspirations of its innovations from animal kingdom.

For instance, the Shinkansen 500 series in Japan is designed in the shape of the kingfisher’s beak, which not only eliminates the issue of noise but also enhances the trains fuel efficiency. This change is made after Eiji Nakatsu, an engineer with JR West discovered that this bird are able to dive into water without making noise or splashing water because of Nature’s design. 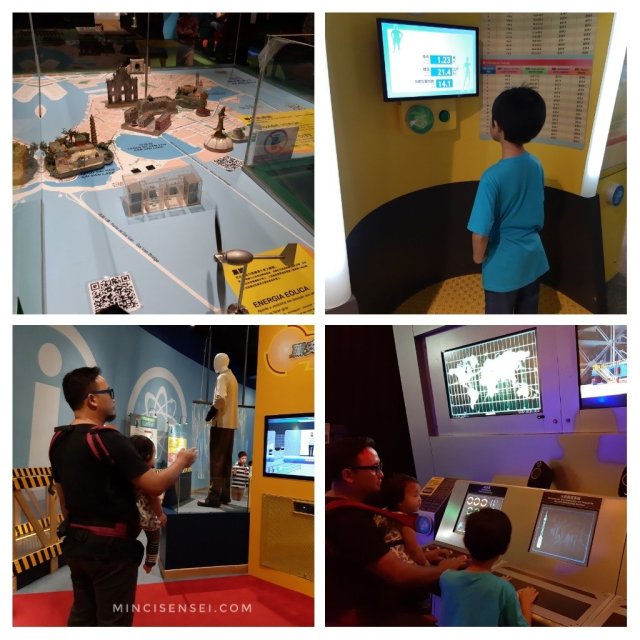 You could also use your AirAsia boarding pass priviledge here for a discount. Anyhow, for us the entrance fee is cheaper using their bundle package rather than our pass.

Kun Lam is The Goddess of Mercy and here she stands 20ft tall emblemed in a special bronze. underneath her feet is a lotus shaped dome which houses information regarding Buddhism, Taoism and Confucianism.

The Chinese Buddhist Goddess of Mercy is widely worshipped for her readiness to rescue those in need, and her responsiveness to peoples’ wishes.

I like that this tower is full of life with all the adrenaline rush activities. They have Bungee Jumping, SkyJump, Sky Walk and Tower Climb. Although I did not try them myself, it was still fun to watch. The 360 degrees view was majestic and great. We bought popcorn and just sat there enjoying Macao.

To sum up my experience..

…Macao is to us, a different option unlike the Krabi that we went to for like almost 3 years in a row. We look forward to coming back to Macao especially when most of the constructions have been completed. I really hope that there will be more dining out options for Muslim travelers too.

As a souvenir, we bought the usual tourist stuff – fridge magnets and “I Love Macao’ TShirts.

Perhaps next time, we would interpret the weather forecast better for half of our luggage were almost winter wear jackets when in fact Macao this time around (March/April) – is like suhu bilik ekon. Macam tu la…

I hope this gives some insights into how you could enjoy Macao as a muslim traveler without the gambling and the booze. HA HA HA HA.