The Malay drama series, NUR was a big hit when it came out as it brings on very powerful messages. Concerning religion, relationship between human beings and good deeds. 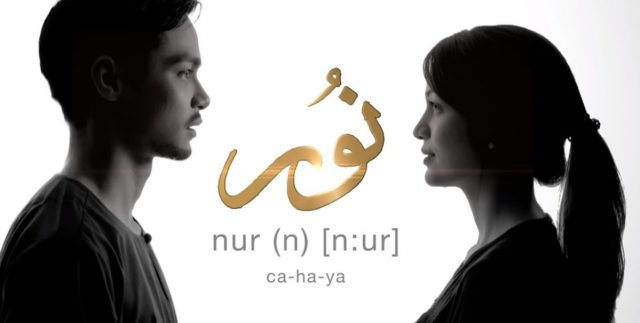 Towards the end of this short series, there was a scene of Nur’s mother, a senior prostitute crying in the streets as she was chased out of her own home by her greedy pimp. She was looking for Nur, her daughter, also a prostitute, saved from the ‘lorong’ by a young ustaz. Nur’s mother was alone, cold and hungry. Her presence was almost non-existent to the passersby despite the various ruckus she got into along the way. After searching for her daughter aimlessly in the big streets of the city, she finally caved in to her exhaustion and lay down motionless on the brick ground.

A man came from nowhere and saw her. He must have felt sorry for her and decided to give her a form of sedekah. He handed her money and walked away. She accepted the note. It was the only monetary sedekah she received for that day. She was grateful and tucked it safely in her blouse and lied back down in hunger.

The sedekah she got was RM1. What decent meal or room or just a blanket can she ever get with RM1?

And that’s when I got a very powerful message of SEDEKAH.

We are always told to give with IKHLAS. Meaning you do not have to give a lot, but just as much that you can out of sincerity. Hence, it tends to make you feel good when you feel that the RM 1 you gave, was out of ikhlas and that deed is redeemable for a pahala. Because you are ikhlas.

But we are never taught nor emphasized that the Sedekah we give should be Beneficial. Useful. Have worth. It is time we should start learning what form of Sedekah is proper for certain groups of people. This is because we want our gifts to be of use and the less fortunate could benefit from it.

Giving RM1 would be useful if you are raising funds to build a school or madrasah. But it would be of no value if you were to give it to the beggars in Africa for example. Donating a ripple mattress to a poor family whose family member has a stroke sounds good and helpful but if they are not financially apt – it will just be another mattress because they cannot afford to pay the electricity bills. Supplying a pre-packed grocery box consisting mini bag of rice, vermicelli, sauces, onions, sugar etc..  is commendable but if the family does not know how to prepare a simple meal – the purpose is defeated.

Every problem has a customized solution. While there can be a temporary blanket measure, the root of the problem has to be investigated and solved accordingly. Until then, whenever you wish to sedekah, take a minute to just ask yourself if the receiving end would benefit from it.If it does, GIVE. InsyaAllah, your deeds will be rewarded.

One thought on “The Sedekah Scene in NUR drama (TV3). My thoughts.”